During the Easter holiday, I was delighted to hear about Joel Mark, one of our ex-pupils. He had been chosen to send a message to the Queen to thank her for his Easter egg. That sounds rather strange, until you realise that he was thanking her on behalf of all of his colleagues in the Scots Guards, who are working at Windsor Castle at the moment. This made me think. I wonder whether we could have a little feature on our ex-pupils and parents who are key workers at the moment and celebrate the fantastic jobs they are doing. So I sent him a message and he kindly agreed to be Number 1 of our Ravenswood Heroes.

Our service men and women in both the regular and territorial army do an incredible job keeping us safe. Their job is to protect the United Kingdom, to prevent conflict across the world, to respond to disaster and to fight the nation’s enemies. At this time, they are supporting our NHS and the whole of the UK to deal with the Covid19 pandemic. I asked Joel some questions and here are his answers.

What made you want to join the Scots Guards?

The Scots Guards are widely known as the Jock Guards and with my birthplace being Newcastle I thought, what better way to find like-minded and "quirky" individuals with a similar sense of humour to myself. The Guards themselves hold a sense of pride like no other regiment. They pride themselves on personal standards and trying to go one better than everyone else, hence the immaculate standard of kit etc. The guards have led many successful tours around the world, one of the most famous being their campaign in the Falklands. They have also demonstrated great bravery in Afghanistan and other major theatres of war. It is sometimes easy to forget that above everything, we are fighting soldiers and that is our primary role; the ceremonial duties are an important part of our heritage and history.

How long was your initial training? 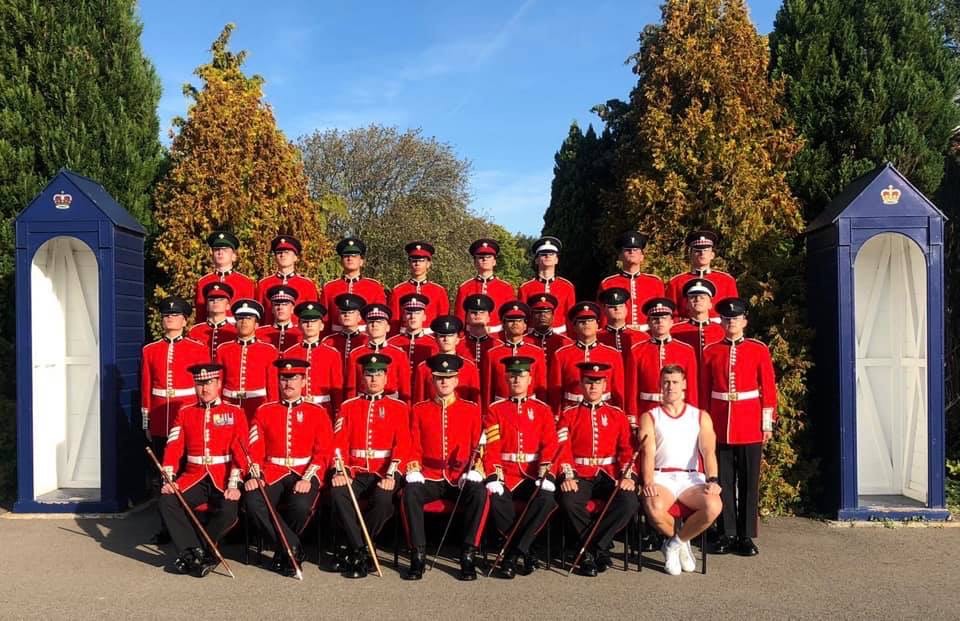 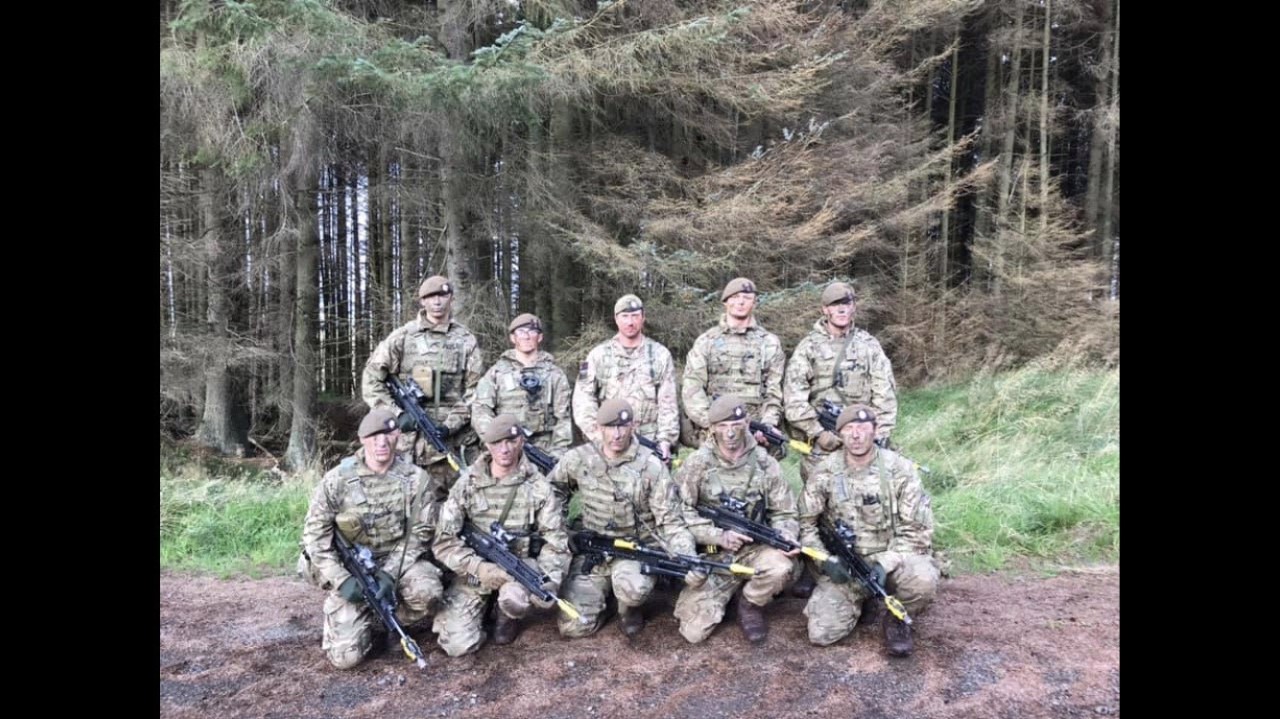 My initial training started following a weekend of selection, which I completed in Glencourse in Edinburgh. From there I went on to do 28 weeks of gruelling training at Catterick in North Yorkshire. It was hard, yet massively rewarding and I would recommend it to anyone. I made many friends in these 28 weeks and have a stronger relationship with them than with some of my friends who I have known for years. The training itself is second to none. Unlike in the past, you aren’t expected to have an amazing standard of knowledge or fitness straight away, as the training is concentrated on building up your strength, endurance and knowledge.

How much of your work is at Windsor Castle and how long will you be there?

I've been in London now for the past 6 months conducting public duties, hence the uniform, bearskin etc. The majority of my guard duties are focused around the "Queen’s Guard" where we stand on post or "stag on" outside the royal palaces and royal grounds. We conduct guards in a round robin, where we switch between several locations. These include:

The Tower of London - where we protect the cannons seized from the French in battle and also the crown jewels.

St James Palace - where several of the royal family have their home.

Buckingham Palace - more famously known as the home of the Queen. We guard the outside of the palace making sure no one tries to trespass, as well as being on standby in case of emergencies

Windsor Castle - where the Queen is currently in residence. This is one of the Queen’s homes and she stays here most weekends. We are tasked with security, guarding entrances, paying the correct compliments to royals, officers and visiting dignitaries and we also look after the public who visit this popular tourist attraction. This guard comes around every few weeks and it is shared between the 5 household regiments with the 3 mainly doing it being the Scots, Coldstream and Grenadier Guards. 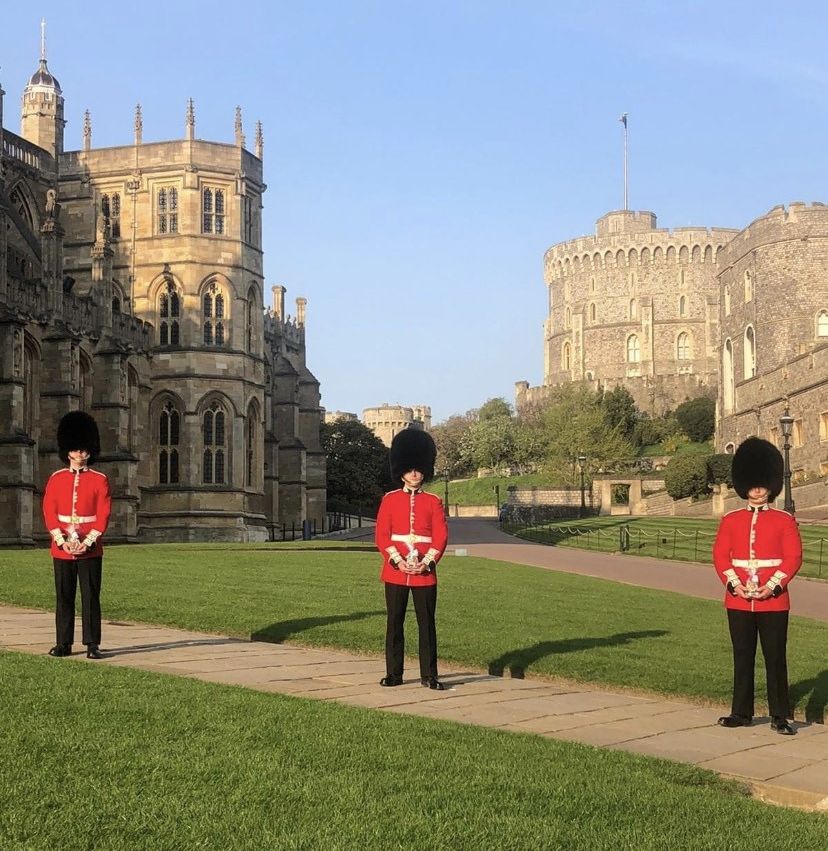 I was set to leave London in June to head to the 1st Battalion Scots Guards however given the current circumstances, I may remain on public duties for the foreseeable future.

And finally, does the Queen make a nice cup of tea?

Although I have not personally enjoyed a cup of tea from the Queen, I've heard she makes a killer brew and her hosting skills are second to none.

Thanks to Joel and his colleagues across the British Armed Forces for everything that they are doing at the moment.