What a great week!

First of all, thanks to everyone who has turned out this week to watch our Christmas performances. It has been a lovely week in school with lots of smiles and a few happy tears. The children and staff work very hard to put together and rehearse these shows and it is always a pleasure to share them with you. I have included a photo from each performance. More will be available on the year group sections of the website.

Nursery treated us to a lovely Nursery Rhyme Nativity. 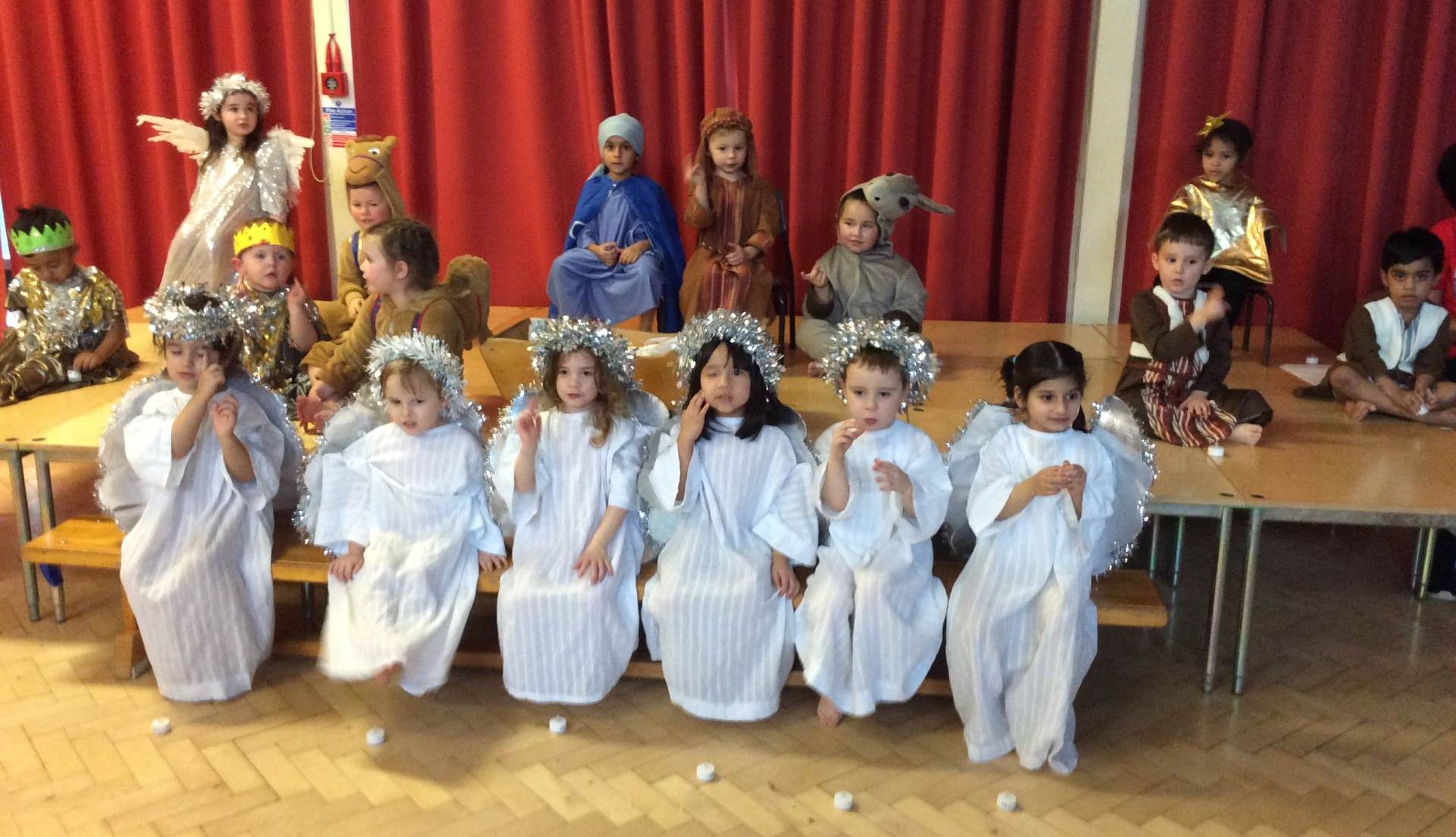 Reception braved the cold on Monday for their Nativity Carols in the garden, but had to move indoors on Tuesday, which had a very different feel but was equally wonderful. 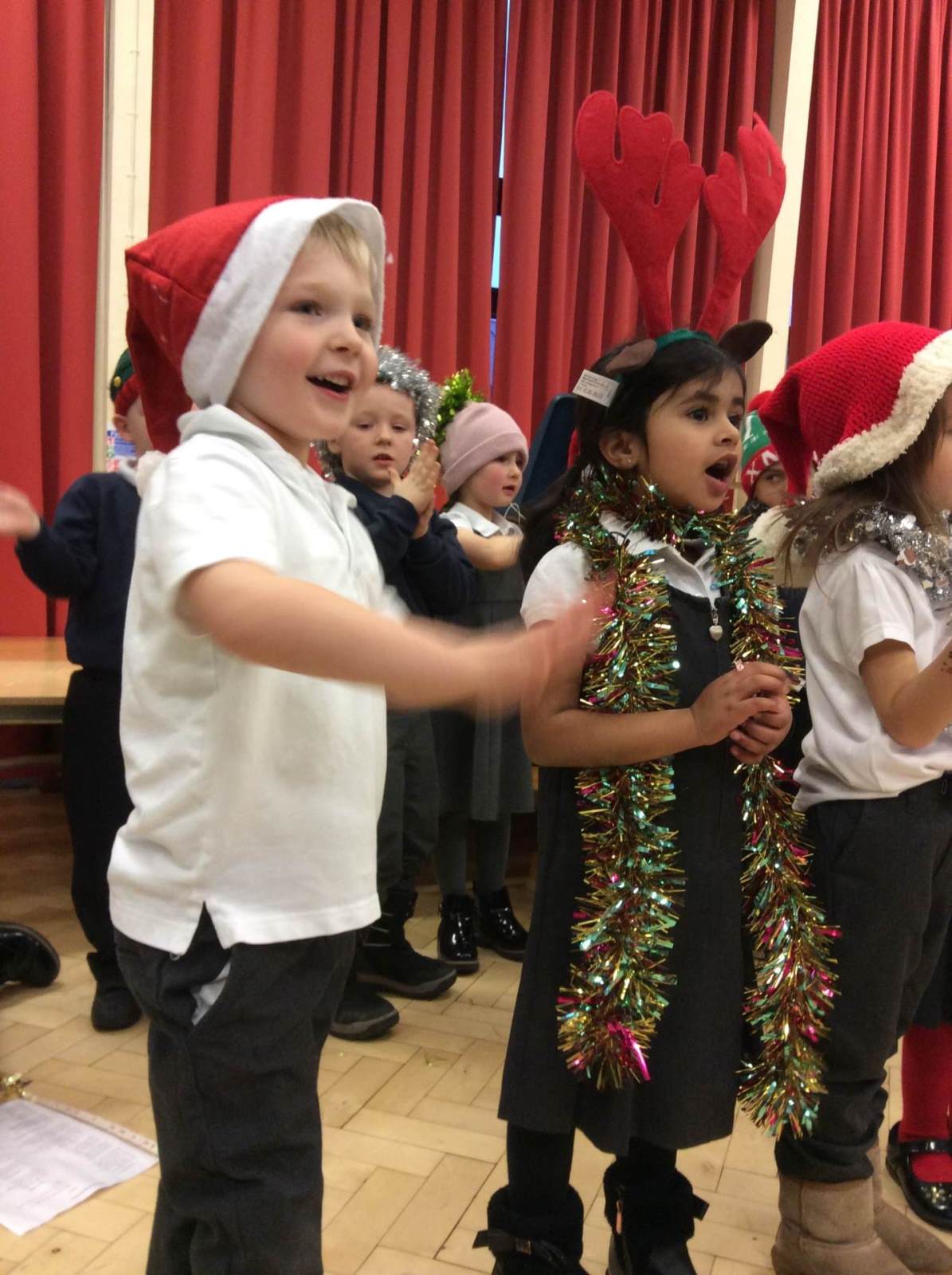 Year 1 performed the play “A Special Day” on Tuesday and Wednesday with great acting and very enthusiastic singing.

Year 2 gave the Christmas story a Russian twist with their play “Babooshka”. They had a lot to do to prepare this show and did a great job. 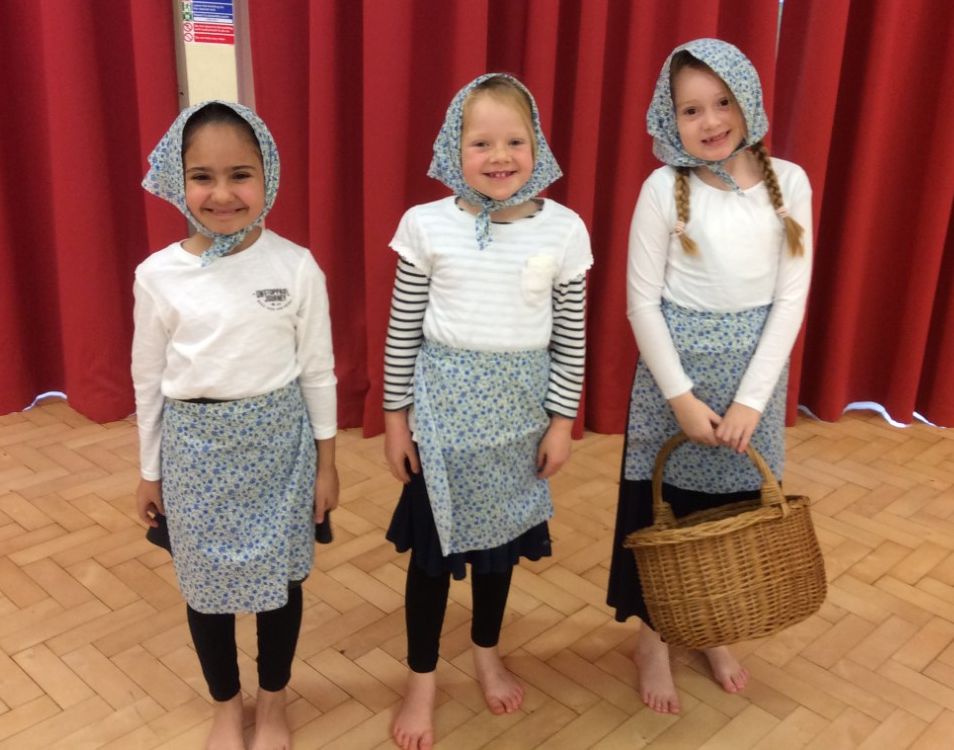 It was lovely to see so many people at Gt Gabriel’s on Thursday evening, when we held our Christmas Celebration. Both of the school choirs and the Music Club performed along with our readers, who told the Christmas story. Father Jonathan linked it all together for us with a simple candle and a message about the importance of community. We are so lucky to be able to share our Christmas together in such a beautiful church. Thank you to everyone who brought along presents. These have been sent to Children’s North East and will provide a lovely surprise for some children within our region who would otherwise not receive anything on Christmas morning. 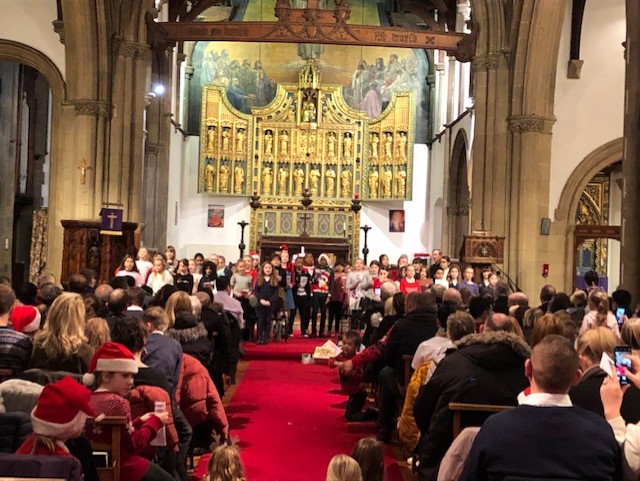 The week ended with a music performance by Year 6. These children have been working with Rob Kitchen for two terms and each class performed one of their favourite pop songs.

On Thursday, Year 5 and 6 were invited to Jesmond Park Academy to watch their Christmas performance, which included their choirs, orchestra, folk band and steel bands, as well as some performances by individual musicians. It was great to see ex-Ravenswood pupils on stage and to know that music is really important at JPA.

Last week, I thanked everyone for coming along to the Christmas Fair. The Friends of Ravenswood raised a fantastic £2,417. Thanks again for all of your kind donations.

Next week is party week with Christmas parties every afternoon. The organisation is as follows -